Use the filters below to search for Articles and Resources

If you are presently in the market to evaluate TEM providers, you understand that invoice management is one service, amongst others, that TEMs offer to their customers. It’s one of the core services that adds real value to the relationship between the enterprise and the TEM provider.

What’s interesting is that its real importance of detail is most often overlooked for shinier TEM services such as TEM audits or TEM optimization analysis. This is because such services appeal to the more pressing need to generate material TEM savings and drive network costs down as soon as possible.

But a strong TEM process that enforces best practices for invoice processing and leverages a top-notch TEM platform is a fundamental area that cannot be understated; doing this right will reduce financial exposure on the front end of your TEM program and therefore reduce savings captured on the back end of your program via audit and optimization analyses.

And this is a good thing. It’s like unnecessarily overpaying on your taxes. You may be able to recapture the money you overpaid initially, but you would be better off not overpaying to that extent in the first place. The concept is similar here, although it’s likely even harder to recover overpaid vendor charges so this should be avoided if possible.

Invoice Management is a very important TEM function .The process involves some unsexy but important business functions that precede, as mentioned, other TEM functions such as Audit and Optimization analyses that typically capture more attention.

Receiving invoices in the most efficient manner possible (e.g., EDI vs. paper) and loading all billing data into a TEM platform for efficient processing.

Review processes should be set to flag (e.g., variance monitoring) any billing items that are suspicious or clearly incorrect to prevent overpayments. This also helps to setup strong Audit and Optimization disciplines within the TEM program.

The system and supporting processes will also facilitate the application of cost allocations and needed budgetary transactions that will need to be tracked cleanly and reported on accurately.

Strong front-end processes around invoice management not only minimizes financial exposure for an enterprise, but they also set up the program for greater savings recovery efforts down-the-line.

The Audit, Optimization, and Dispute Management activities are best served by limiting unnecessary errors and waste with respect to front end TEM processing. These activities are not overburdened with items that could have been more easily addressed during initial invoice processing.

When done right, a well-run Invoice Management program will: (1) Catch billing errors proactively before overpayment is made; (2) the proven process will reduce late payments to vendors and therefore reduce late payment fees; and (3) streamlined and efficient processes will pare down employee overhead costs and reduce TEM program waste.

Your TEM partner will focus on keeping your business viable through all potential threats. So, partnering with a TEM greatly mitigates unexpected events, whether man-made or by mother nature.

Your TEM provider will have spent countless hours preparing for all contingencies and most certainly invested heavily in TEM technology to backup all applications and TEM network systems.

This is one of the most critical value propositions of partnership with a TEM. You must remain open and highly functional whatever the potential insults to your business operations.

This is one of the most desired results that expense management executives seek and perhaps most top of mind.

A TEM firm will dramatically reduce your processing costs for both basic and complex invoices. A TEM firm will do a much better job of generating material cost savings than your internal TEM team could alone.

This is the case because a strong TEM partner knows the importance of strong systems implementation, the application of TEM best practices, the comprehensive use of automation technologies, and is aware of all the latest industry trends and developments.

Within the TEM industry, late fees are a real challenge. This is especially the case for decentralized larger enterprises with locations dispersed throughout the United States or the world.

Late fees can quickly add up to thousands of dollars in the blink of an eye of one billing cycle if an issue(s) crops up. And there will be a multitude of issues that present themselves over time.

For example, organizations that are over reliant on employee manual processing will not only incur much greater costs for processing than a TEM, but they are much more vulnerable to employee illness, turnover et cetera.

So, minimizing human involvement in invoice management – to the greatest extent possible – is the key to minimizing late payments and their corresponding fees. Anything than can be automated should be.

Human activity should only be employed in this area where needed, for higher-order management oversight activities.

This is another common challenge within the TEM industry. Enterprises often find that their services are disconnected by carriers for non-payment. And non-payments result for various reasons.

One example might be overworked and overrun staff processing invoicing in a non-optimal fashion. Another reason may be the result of a sub-par technology platform/systems and reporting.

Either way, whether the origin of the challenge is management based or technical in nature, this can be a very costly problem for larger enterprises without strong TEM support.

Consider: A large retail provider would loose on average $113,2200 per day/per store in sales if data circuits go down due to disconnection.

These charges are common within the enterprise expense management world; they are typically non-recurring charges that also require review. And validating these types of charges can be challenging, especially if dealing with a very large number of invoices.

A solid TEM program implemented by your TEM will closely monitor variances in a highly automated fashion; this team will perform due diligence in this regard via a strong systems and TEM best practices approach and will be much better positioned to mitigate the risks associated to this variable in invoice processing.

Of all the services that TEM firms provide for the enterprise customers, invoice management is often initially overlooked because it is harder to see the more visible or immediate realized savings for the organization than, say, audit or optimization analyses produce.

Invoice management via a TEM program generates savings by not making the types of mistakes that cost larger enterprises thousands, if not millions of dollars in the first place. It’s a more proactive and front-end approach to driving efficiencies and savings for the enterprise.

For invoice management, the key is saving time, energy, resources, and preventing costly mistakes to begin with. If you’d like to consider Tellennium in your TEM vendor comparisons, contact us to schedule a brief demo of our solution.

Drive Efficiencies and Cost Savings for Your Enterprise: AP Automation + Management of Things®

In today’s world, mid to large enterprises that rely on legacy TEM strategies, tactics, and technology will experience missed savings opportunities, lack of visibility, and reliance on platforms and vendors that can’t deliver all that is now vital for the enterprise. This next generation of enterprise expense management is referred to as the Management of

There are many reasons why enterprise operations and financial managers decide to hire telecom or technology expense management (TEM) providers. We have covered many of these reasons in multiple blogs such as A 4 Step Guide to Selecting a TEM Provider and 12 Reasons Why You May Need a TEM Provider.   Because hiring a TEM provider is essentially a technological and financial imperative today for enterprise expense management teams, it’s worth 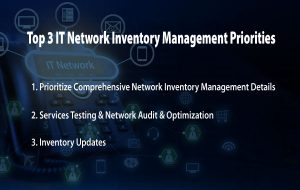