Use the filters below to search for Articles and Resources

Enterprises have always wrestled with what they feel is the best approach in terms of handling mobile devices: Do we employ a corporate liability model such as COPE (corporate owned & personally enabled) or embrace a bring your own device (BYOD) approach, which most often utilizes a reimbursement approach and offers less corporate security?

Given the shift to more remote-based or hybrid work, enterprise management teams that manage information technology and finance responsibilities will be thinking more about how they oversee their corporate communications relating to mobile devices.

Naturally, there are pros and cons to each and hence the perennial debate regarding the matter. Let’s weigh factors that help organizations decide which model fits them best.

Personal mobile phones have been in the mainstream since the mid-1990s, and their use has exploded ever since. Smartphones, in the basic form that we know them today, were introduced in 2007 and became extremely popular soon thereafter. Almost everybody has one now and they would feel naked and at a disadvantage without one.

Because of the ubiquity of these devices and the personalization that comes with the territory –like the single-action six-shooters of the Wild-West – corporate management teams recognized early on that there could be an advantage to leveraging the privately owned mobile devices of their employees for corporate communications purposes.

Who would complain about using their own device for corporate purposes so long as they were compensated in a fair way? If you could have all the comforts of your personal phone while being reimbursed for its expense by the corporation, most employees would gladly say yes as supported by Forbes research.

Since you need to speak to customers during work hours anyway, what does it matter if you are doing it on your personal phone or a company phone? Most people do not want to keep track of two mobile phones any more than they would like to manage two wallets, so this type of model has been popular because of its win-win dynamic that it creates for both the corporation and the employee.

Despite the natural allure of a BYOD approach for the reasons mentioned, this model is not without its downsides.

The number one con for corporations is centered around BYOD mobile security concerns. If a device is stolen or lost there will be concerns around the breech of sensitive data. Employees who leave the company, especially to join a competitor will also trigger this concern.

With labor more transient than ever in late 2021, this is something that enterprise management teams will be giving thought to as they develop their plans for 2022 and beyond.

The advantage of this corporate owned and controlled plan is that it offers the strongest security. This plan allows employees to use their corporate phone for personal reasons in addition to business purposes.

This is smart because it acknowledges the obvious: Yes, of course, people are going to be compelled to use their corporate smart phone for personal reasons as well. This plan concedes this natural reality without judging it or penalizing the behavior in any way and therefore provides both the corporation and employee with what they need.

The corporation puts itself in a position to obtain the greatest security possible and the employee is given the latitude to go about using their phone in the most natural of ways, for both corporate and personal purposes.

This is a win-win situation overall so long as the corporation understands that this plan will cost it more on the front-end in terms of implementation costs and ongoing administrative requirements, such as keeping current on the latest technologies to ensure tight security.

Each enterprise expense management team will want to think carefully about the mobility plans they utilize going forward in 2022 and beyond. We are clearly in a very transformational period in history. Technological advances continue to explode in exponential fashion while social changes keep just as ferocious of a pace, which is not typically the case.

Employees are working remotely more than ever due to COVID, and this trend will continue even when the pandemic eventually subsides. Because of this, many enterprise mobile management teams will want to consider a hybrid mobility plan as well, which works to incorporate the best of both the BYOD and COPE plans in one.

We will explore in greater detail what a hybrid enterprise mobility plan will look like in a subsequent blog.

To learn more about our Mobility program at Tellennium, please schedule a brief demo of our solution.

Our clients average a return of

Interested in how to calculate
a potential return?
Calculate ROI 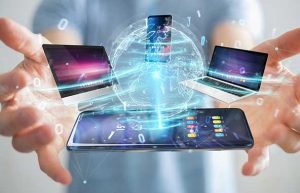 Key differences between WEM and MDM

Within the Telecom Expense Management (TEM) and Mobile Manages Service (MMS) industry, you often hear two acronyms bandied about which are related to mobility services and mobile devices. Let us gain clarity around the basic terminology before moving into a more comprehensive understanding of what each really entails and means given the confusion which surrounds 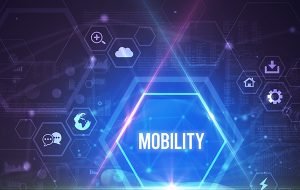 How to Maximize Mobile Savings with Usage Based Optimization

Mobile device allocations and contract structure can vastly impact your enterprise expenses. When a company looks at optimizing their mobile devices, it is traditional practice to monitor the past months usage, ensure that all of the users are on a sharing plan, add a 5-10% buffer and then monitor the usage throughout the month to