The Sarbanes-Oxley Act of 2002 (or “SOX”) is one piece of legislation many lawmakers now swear by. However, for many business owners, it’s the law they now swear at.

Enacted in response to the financial scandals that took down Enron, WorldCom, and several other large corporations, the act set new accountability standards for publicly-traded companies and for public accounting firms. It requires companies to undergo periodic SOX audits, which sometimes reveal knotty financial and asset management problems. In the case of Patterson-UTI Energy, a Houston-based company that provides onshore contract drilling services to oil and gas exploration companies, management worried that an impending SOX audit was going to reveal challenges around Patterson-UTI purchased telecom services.

“SOX was coming on,” said Patterson-UTI Controller Ron McClung. “And, we had weak control over our phones – especially our cell phones – of which we had over 1,500 at the time. So, cell phones were a big expense that we were looking to reduce anyway, regardless of potential SOX audit issues.”

With so many cellular plans being offered – each with their own voluminous fine print riddled with unique exceptions, coupled with so many models of phones – each with dozens of different functions, no wonder it is hard for any company of any size to get a handle on its cell phone expenses. And, the situation with traditional wireline telecom isn’t much better. According to CFO Magazine, there are more than 2,000 rate categories in a standard carrier contract. How can any company hope to keep track of it all?

Then, throw in the extra urgency created by an upcoming SOX audit – which will take an “extra squinty” (and potentially legal penalty-generating) look at all of a company’s purchasing processes and resulting purchases. The need for a powerful and comprehensive telecom management solution becomes crystal clear.

The solution Patterson-UTI turned to was an Integrated Management System (TIMS) from Tellennium, supported by a team of their Integrated Telecom Management® professionals.

“They have expertise we do not have in this company,” McClung said. “We have been able to use Tellennium to save both time and money. They have helped us identify problems and enabled us to have the information we need to better negotiate contracts for cell service and for broadband network connections for data, voice, and video.”

The tremendous cost savings TIMS helps Patterson-UTI wring out its telecom spending is the most obvious benefit. But, that’s just where the benefits begin. TIMS is also an ongoing telecom inventory, services and invoice management platform that keeps telecom purchasing as efficient and controlled as it can be.

“People in our company must use Tellennium to order and cancel phones,” said McClung. “We have given Tellennium a list of people who are authorized to buy equipment. All new services and equipment requests must now go through Tellennium, with the proper authorization from a designated Patterson-UTI person.”

In addition, McClung’s associates at Patterson-UTI appreciate the expense tracking and analysis TIMS enables them to do, with surprisingly simplicity. As McClung states, “Our people like how TIMS enables them to drill down into individual invoices, research specific costs, and much more.” 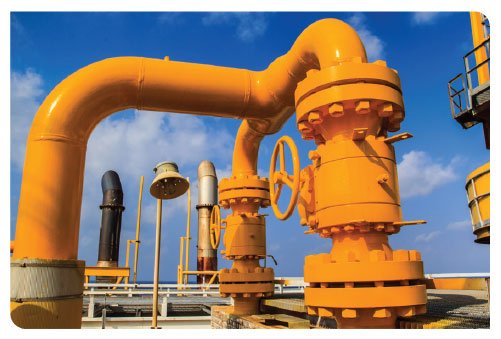 At first we were only interested in cost savings,” McClung said. “But, the time savings became so significant that, eventually, we turned the administration of all phone-related equipment and systems over to Tellennium.

“At first we were only interested in cost savings,” McClung said. “But, the time savings became so significant that, eventually, we turned the administration of all phone-related equipment and systems over to Tellennium.”

So, not only does Patterson-UTI see real results that positively affect their bottom line – and enable them to now endure SOX audits with confidence – the company now relies on Tellennium to handle every part of their corporate telecommunications management.
This includes processing invoices, managing inventories, equipment purchases, and service contracts. And, this is something that Ron McClung wants his colleagues in corporate finance departments in other companies to know: “If you have a large population of phones, both land and cell, as well as a broadband network, and you do not have a system in place to monitor, administer and control all of it, Tellennium can do it all for you. And at a reasonable cost.

“I would say this is a win-win situation for us and Tellennium.”

Any cookies that may not be particularly necessary for the website to function and is used specifically to collect user personal data via analytics, ads, other embedded contents are termed as non-necessary cookies. It is mandatory to procure user consent prior to running these cookies on your website.

SAVE & ACCEPT
Scroll to Top