Most large enterprises seldom change out their entire Wide Area Network (WAN). This is simply due to having multi-year contracts and the resource requirement for such a large lengthy undertaking. Additionally, WAN technologies have often lasted for many years with little to gain in a change when there’s a reliable and affordable provider. Over the past few years SD-WAN has gained tremendous traction due to lower costs and greater flexibility. In addition, back-up networks are now more reliant on mobile wireless technologies due to the reliability of wireless, low non-usage cost, and bandwidth offered by LTE 4G and this trend will continue to grow as 5G continues to roll out.

A successful WAN project requires experience for proper planning, design, RFP development, knowledge of market pricing, negotiation, and migration. Often enterprises run a lean IT staff and can barely keep up with daily activities, unable to commit the necessary resources to a significant workload of a WAN transition and many may not have
been involved in a full transition previously. Therefore Tellennium clients lean on Tellennium’s experience, tools of TIMS (Tellennium’s Integrated Management System), and personnel resources to overcome those challenges.

A large healthcare provider planned to redesign their network using SD-WAN technology as their existing WAN agreements expired in the coming year. They called on Tellennium to assist in this design, and to craft an RFP (Request for Proposal) developed to meet their goals and initiatives. “Tellennium knew our existing network, has experience, and we could leverage their resources and TIMS platform throughout the process. It’s always beneficial having them engaged.” stated their Senior Director of Network and Voice Services.

This enterprise’s network involved 700 locations on two different MPLS network providers in addition to SIP being utilized by the same existing providers. Once the overall design was settled on and the RFP developed and sent out, Tellennium was engaged to help vet out the responses, ‘read between the lines’, and perform an analysis of the responders’ quotes in addition to an existing network comparison. This provided them with guidance, cost savings confirmation, and a better and quicker decision making process.

Once the providers were chosen, the real work began with up to twenty locations migrating each week. It’s important to note that there is always an overlap of an old network to a new network as well as potential termination fees if one is not careful. Migration requires proper planning and quick follow through on disconnects to help keep costs down. In addition, most billing associated with large custom contracts are often inaccurate when invoiced. Monitoring the billing for accuracy with the agreement/s, keeping up with disputes, circuit turn up dates, and disconnects are critical throughout the process. 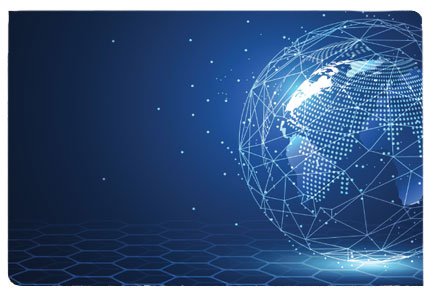 Tellennium was absolutely instrumental in our successful completion of our WAN migration.

Tellennium’s resources were utilized in the beginning design and RFP development stages and all the way through the migration process for number porting, disconnects, charge disputes, and other important tasks. The TIMS platform also played a critical role in tracking the changes through its MACs (Moves Adds Changes) module, charge monitoring through its discrepancy queue, contract management, and updating numbers and circuits in its inventory of services.

This website uses cookies to improve your experience while you navigate through the website. Out of these cookies, the cookies that are categorized as necessary are stored on your browser as they are essential for the working of basic functionalities of the website. We also use third-party cookies that help us analyze and understand how you use this website. These cookies will be stored in your browser only with your consent. You also have the option to opt-out of these cookies. But opting out of some of these cookies may have an effect on your browsing experience.
Necessary Always Enabled
Necessary cookies are absolutely essential for the website to function properly. This category only includes cookies that ensures basic functionalities and security features of the website. These cookies do not store any personal information.
Non-necessary
Any cookies that may not be particularly necessary for the website to function and is used specifically to collect user personal data via analytics, ads, other embedded contents are termed as non-necessary cookies. It is mandatory to procure user consent prior to running these cookies on your website.
SAVE & ACCEPT
Scroll to Top