If you think managing your company’s telecommunications bills and contracts is nothing short of a nightmare, talk to Scott Alsup, Chief Information Officer of Louisville’s Steel Technologies.

“We have 15 locations in the US,” he states. “Each location was getting local and long distance phone bills and then forwarding them to a clerical person at our corporate headquarters. That person was then gathering them together and sending them in for payment. We were constantly incurring late charges and it was next to impossible to get a feel for what our total spend was.”

Steel Technologies processes flat-rolled steel products for a number of industries, including automotive and appliance manufacturers, HVAC companies, and others. The company has corporate offices in Louisville spread over three separate buildings, 15 processing plants in the US, seven additional plants in Canada and Mexico, and 1,100 employees, including sales teams spread across the country.

For a company whose products most of the nation’s industries
(and consumers) rely on, keeping their lines of communication open became awkward, confusing, and expensive. And when contract renewal time came up with their telecom providers, Alsup claimed they were just as lost.

“I had no idea what the marketplace was or what a competitive number was,” Alsup admitted. “Each location was negotiating for it-self individually. Everyone was just trying to get their numbers down.”

“It took about three months to have the MoT™ solution im-plemented,” Alsup said. “But, that was mostly on our side, trying to get our arms around who all of our vendors were. We had 14 vendors, each with multiple sub-accounts. Getting the bill paying together was the first part of it. Once we got it all consolidated, we could negotiate with these vendors as one large entity, instead of as several individual and smaller entities.” 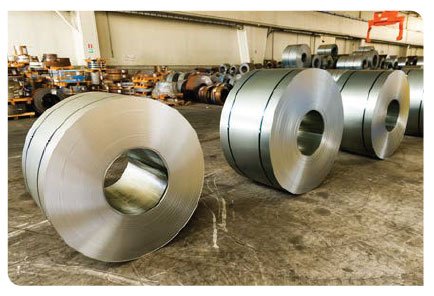 With bills and payables current, and consolidated visibility achieved, the company moved to renegotiate contracts and slim down the vendor list.

Tellennium prepared RFPs (Request for Proposals) for multiple vendors, clearly articulating Steel Technology needs. Since Tellennium is not tied to service providers or equipment manufacturers, they objectively leveraged their knowledge and expertise to craft non-biased proposals. They recommended consolidating services, including wire-less, to better serve the company.

“At first, our outside sales group negotiated their cell phone deals independently,” Alsup said. “Now, we have consoli-dated well over 400 users into a single corporate account. We can now see where the accounts are and consolidating all of our airtime minutes into a single corporate plan en-abled us to get significant discounts and cost reductions.

Ongoing invoice management via MoT™ also allows for billing dispute expertise. “When we get into disputes with vendors, we have access to someone who knows the lingo and who we can go to and help solve our issues.” said Alsup.

Steel Technologies now pays its bills through Tellennium, with two wire transfers per month. “I now spend an hour-and-a half each month reviewing bills,” Alsup said. “Tellennium’s detailed reports allow me to view the data any way I want. It’s consolidated. It’s all there. I ask a question, I get a quick answer back “

For Scott Alsup and Steel Technologies, the cost and time efficiencies, billing consolidation, and centralized negotiation benefits are just the “nuts and bolts” part of their relationship with Tellennium. There’s also a deeper human aspect as well.

“We’ve been working with them for over six years now,” he stated. “They have a fantastic set of systems that allow me to analyze my business’s telecom expenses and make decisions quickly. Their people are really the tremendous part. They are easy to work with. We’ve got a long-term rapport – and a trust. They know the marketplace. They know the vendors. And, they are our advocate.”

This website uses cookies to improve your experience while you navigate through the website. Out of these cookies, the cookies that are categorized as necessary are stored on your browser as they are essential for the working of basic functionalities of the website. We also use third-party cookies that help us analyze and understand how you use this website. These cookies will be stored in your browser only with your consent. You also have the option to opt-out of these cookies. But opting out of some of these cookies may have an effect on your browsing experience.
Necessary Always Enabled
Necessary cookies are absolutely essential for the website to function properly. This category only includes cookies that ensures basic functionalities and security features of the website. These cookies do not store any personal information.
Non-necessary
Any cookies that may not be particularly necessary for the website to function and is used specifically to collect user personal data via analytics, ads, other embedded contents are termed as non-necessary cookies. It is mandatory to procure user consent prior to running these cookies on your website.
SAVE & ACCEPT
Scroll to Top